Henderson, Nevada is a city that is about sixteen miles southeast of Las Vegas. It is located at the southeastern end of Las Vegas Valley. The population in 2017 was a little over three hundred thousand. 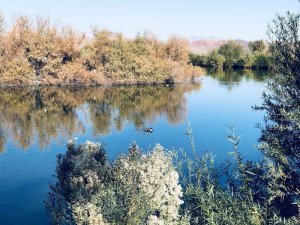 One of the things Las Vegas Restaurant Cleaning recommends doing in Henderson, Nevada is the Henderson Bird Viewing Preserve. Located near the intersection of Boulder Highway and Galleria Drive, this preserve is about one hundred and forty acres of wetland.

The Henderson Bird Viewing Preserve has many resident desert birds and thousands of migratory waterfowl. There is three quarter of a mile path that winds around the preserve.

They have a ten-year-old tortoise named Tino. He was raised by an elementary school teacher who donated him to the preserve in 2017. He likes to be around people and is curious about everything that is around him. He goes into hibernation in October and emerges in March.

The preserve has volunteer events where the general public can come in and help improve the preserve. They do things like remove dead vegetation, thinning and pruning of willows and planting of milkweed seeds.

They have a large outdoor auditorium where they have concerts. Some of them are free with the admission of the park.